Another book I have decided to re-read this summer is Six of Crows By Leigh Bardugo. I read this book a few years back, and I absolutely loved it and reviewed it on my old book blog. But the second book was yet to be released, so I then had to wait for that. However, when Crooked Kingdom was published I purchased it from Waterstones, but what did I ding dang do? I put it on the dreaded bookshelf! So before I finally get to Crooked Kingdom, I thought it was time for a re-read of Six of Crows and spoiler I loved it just as must as the first time!

Six Of Crows follows the plot of a heist and follows 6 points of view from Kaz, Inej, Nina, Matthias, Jesper and Pekka. Kaz is offered a chance at a deadly heist, and if he manages to pull the heist off, he will be rich beyond his wildest dreams. But he cannot perform this heist alone so he recruits 5 other members to join this heist where they will all get a section of the money. He recruits a convict with a thirst for revenge, a sharpshooter who can’t walk away from a wager, a runaway with a privileged past, a spy known as the Wraith and a Heartrender using her magic to survive the slums. Kaz and his crew are the only ones who can perform this heist and retrieve what they need to stop the destruction of their world.

Si Of Crows follows six distinct points of view, which I enjoyed because we got to learn so much about the characters individually and their pasts.

“No mourners. No funerals. Among them, it passed for ‘good luck.”

Kaz Brekker is the main character and the deputy of The Dregs. He is known to be notorious and runs by the nickname Dirtyhands as it takes on almost any job he is given. Kaz was arrogant, ruthless and infuriating but also very troubled and closed off. I think Kaz was a brilliant character that Bardugo created because he really had so many layers that were peeled back throughout the book. The fact that Kaz’s character is a criminal, not a hero made him more intriguing to read and to learn about his past. He often mentions that he was ‘born out of the barrel’ and you learn that isn’t quite the case.  Kaz was a mystery from the very beginning from keeping people in the dark about his plans to wearing gloves at all times; he definitely keeps readers on their toes.

“Brick by brick, I will destroy you.”

As much as I loved Kaz’s character, I adored Inej! She was determined, strong-willed and such a compelling character. She was just so badass, and you can’t help but admire the strength she has, especially after what she has gone through. Inej was also recruited by Kaz and also has a special bond with him that no one else appears to have. Despite the rest of the gang being left in the dark about Kaz’s plans she often has some sort of idea on what is going on. There was some subtle hints of romance between the two, but that comes into play towards the end of the book. I have to say I am also so happy that Nina and Inej had this friendship between them and we definitely need more of this in future YA books, please.

Nina was a wonderful character to read about, and her past with Matthias is definitely up there with one of the best backstories I have read. Nina was a passionate character with a wild and flirty personality, and I loved that about her. She is passionate about saving the Grisha, and this belief really shines across the book as she isn’t afraid to stand up for her people no matter what. Nina and Matthias have a love-hate relationship, and it had so much depth to it. I genuinely looked forward to reading their interactions and like the rest of the gang was a bit wary when the two of were in a room together.

“The water hears and understands. The ice does not forgive.”

Nina doesn’t have the smoothest relationship with Matthias, but he is a crucial aspect to the team as he has been to the Ice Court before as he was a druskelle. This meant that the whole team was relying on his memory, so if he had gotten one detail wrong about the Ice Court, the whole heist would have been doomed. Throughout the book, you see Matthias stuck in turmoil over his feelings for Nina and continuously tries to convince himself that he has no feelings for her. There were times where he’d be reminiscing in the memory of her perfume and then other times where he wanted to kill her (literally). So I was curious to read up about what happened to their relationship, and Bardugo did not disappoint. The story of the druskelle who fell in love with the Grisha and lost everything but still loved her just made my heart melt. When they finally came toegther I could not have been happier! I am really looking forward to seeing how their relationship evolves in the next book with the way events have unfolded.

“I have been made to protect you. Only in death will I be kept from this oath.”

Last but not least, we have Jesper who has a witty sense of humour and was the joker of the group. Honestly, I would have loved to see a bit more of his perceptive only because I don’t think I know Jesper all that well. All I know is that he has a serious gambling problem and his family think he’s at university. But I did find him to be an entertaining character and one that means well even though he does make mistakes sometimes. The friendship he formed with Wylan was great to see blossom, and I admired how Jepser stood up for Wylan too.

The plot of Six of Crows is solid and strong, with many twists and intense moments. Not only are the characters kept in the dark but so are the readers, so I was constantly left gobsmacked by Kaz’s smartness. The plot isn’t all that hard to follow, but I did find it hard to grasp onto the Grisha World. However, I assume this is because I haven’t read any of the other books set with the Grisha World, so I went into Six of Crows with a blank slate. There were also times were Bardugo’s descriptions did get a bit heavy so I had to try not to give in to the temptation to skim read too. But those last few chapters were a roller flipping coaster. I quite literally sat there and said ‘what the hell just happened?’ because so much happened in an amazingly short period.

It’s safe to say I’m defiantly looking forward to getting to Crooked Kingdom and finding out just what Kaz is going to do and from his last lines it appears I’m going to have a lot in store!

Hello! My name is Nishable and I am a 21-year blogger at Nishableblog! I've always got my head stuck in a book but if I'm not reading I'll be watching a Korean Drama! I also love to bake and share advice with other people in the hopes it will help them out too! View all posts by Nisha

1 thought on “Book Review: Six Of Crows By Leigh Bardugo” 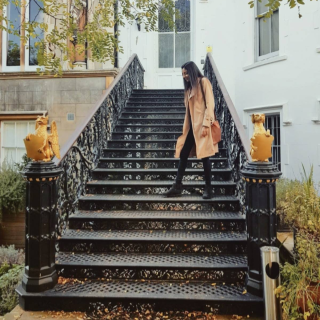 Hello! My name is Nishable and I am a 21-year blogger at Nishableblog! I've always got my head stuck in a book but if I'm not reading I'll be watching a Korean Drama! I also love to bake and share advice with other people in the hopes it will help them out too!